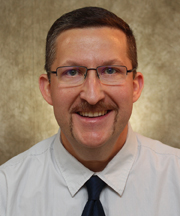 Dr. Schmaltz has taught American, European, and World History at NWOSU since 2005.  His area of academic specialization concerns ethnic Germans in Russia and the former USSR and German Diaspora.  In connection with his education, research interests, and professional development, he has traveled across the United States and to fourteen countries on four continents (Africa, Europe, North America, and South America).

Despite significant teaching commitments, he has spoken over the past three decades at more than one hundred conferences and public events here and abroad.  He has also produced numerous original articles and German- and Russian-language translations for publication in the American Historical Society of Germans from Russia (AHSGR) in Lincoln, Nebraska, the Germans from Russia Heritage Society (GRHS) in Bismarck, North Dakota, and the Germans from Russia Heritage Collection at the North Dakota State University (GRHC NDSU) Libraries in Fargo.  His many other contributions have appeared either online or in newsletters, local newspapers, and interdisciplinary academic journals such as Ethnic and Racial Studies, Eurasia Studies Society Journal, Holocaust and Genocide Studies, Journal of Environmental Assessment Policy and Management, Journal of Genocide Research, Nationalities Papers, Oklahoma Politics, and Yearbook of the Society for German American Studies, as well as in international anthologies by Berghahn Books (New York and Oxford), De Gruyter Publishing (Berlin), the Federal Institute for Culture and History of Germans in Eastern Europe (Oldenburg), the German Cultural Forum of Eastern Europe (Potsdam), and K. G. Saur Verlag (Munich).

In 2003, the GRHC NDSU in Fargo published his monograph, An Expanded Bibliography and Reference Guide for the Former Soviet Union’s Germans.​  He was among a group of recipients of the prestigious American Library Association (ALA) “Choice Academic Book of the Year Award” for 2005, contributing an article to the international compilation edited by Michael Fahlbusch and Ingo Haar:  German Scholars and Ethnic Cleansing, 1919-1945 (Oxford and New York:  Berghahn Books, 2005).

Additionally, he has secured a number of successful mini- and major grants through the Oklahoma Humanities Council and the National Endowment for the Humanities.

In 2014, he also received the John Barton Distinguished Teaching and Service Award at NWOSU.  Besides editing duties, he continues to work long term on various articles, translation pieces, and  a number of anticipated book projects for publication. 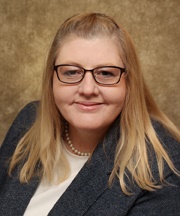 Professor Brown came to Northwestern in the fall of 2014 after teaching history, family and consumer sciences, and speech and drama in the high school setting.  She is the Coordinator for the Social Science Education program as well as an instructor of history.  Professor Brown is currently seeking her PhD. in American History, American West, with a minor in Public History from Oklahoma State University. 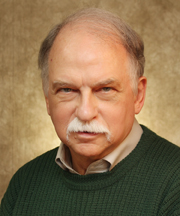 Dr. Roger Hardaway is a Professor of History at Northwestern Oklahoma State University (NWOSU) in Alva. He started his career at NWOSU in 1990. He earned undergraduate degrees in History and Political Science. After earning a master’s degree in History, he completed a J.D. degree at Memphis State University (Law) in Tennessee and a D.A. in History at the University of North Dakota in Grand Forks. Over the years, he has presented at numerous conferences and published widely in newspapers and journals. He also stands as a recognized scholar on the history of African Americans in the West, including the book (co-authored with Monroe Lee Billington) African Americans on the Western Frontier (1998). 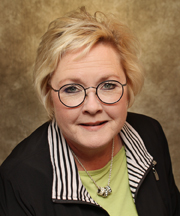 Recipient of the John Sheffield Teacher of the Year Award, given by the NWOSU Student Government Association (2013) 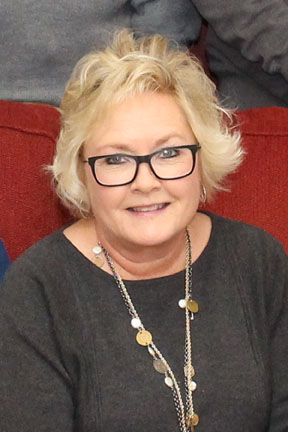 Over the past 18 years, Dr. Decker has written grants for rural economic development, community development, health care, affordable housing development and cultural arts programming in excess of $12 million for northwest Oklahoma communities. These federal and state funds have been leveraged with more than $10 million in local resources to benefit rural Oklahoma communities. She presents regularly across the state and region at professional conferences in the field of planning, grant writing, housing and infrastructure development, and cultural heritage promotion.  She has directed the development of the Cultural District Initiative for the City of Alva, Oklahoma, and has initiated regional participation in the Americans for the Arts AEP5 Study—seeking to further understand the power of the arts to community and regional economic development.

Quotes of the Day: 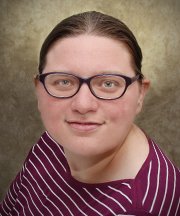 "If [people] define situations as real, they are real in their consequences." – Dorothy Swaine Thomas and William Isaac Thomas 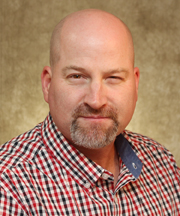 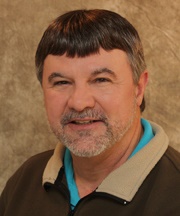 Mr. McAlpin has been counseling and teaching in the areas of sociology, youth and corrections since 1999. He and his staff helped to streamline the drug/alcohol treatment program at the Charles E. "Bill" Johnson Correctional Center (BJCC) and recently examined four year's data from that program to show a recidivism rate of 22% much lower than the national average of 65%. Mr. McAlpin has served on faculty senate, serves on various committees at both Northwestern and BJCC, serves as President of the Alva Golbug Education Foundation, which uses the interest from a $500,000 endowment to assist teachers and students academically in the local Alva school system. The community Service Program at BJCC has provided professional "hands on" academic opportunities to students in the disciplines of psychology, sociology, social work and criminal justice. Many of these individuals have gone on to be qualified professionals or entrepreneurs in their fields. The staff of the Community Service Program are currently working towards development of updated curriculum and data collection for drug/alcohol treatment at BJCC and its possible expansion within the state correctional system. 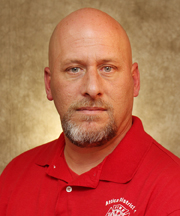 Kirk Wayne Rogers is currently an Instructor of Criminal Justice in the Department of Social Sciences in the School of Arts and Science at Northwestern Oklahoma State University in Alva, Oklahoma, and has been employed in this capacity since August of 2008.

Prior to beginning his teaching career, Mr. Rogers served as the Chief Of Police for the Attica Police Department in Attica, Kansas; was elected twice as the Sheriff of Harper County, Kansas; served as a District Attorney’s Investigator for the District One District Attorney’s Office in Guymon, Oklahoma; served as a Narcotics Investigator for the District Sheriff’s Multi-County Jurisdictional Narcotics Task Force in Northwest Oklahoma; and served as a Patrol Officer and Narcotics Investigator for the Alva Police Department in Alva, Oklahoma.  Mr. Rogers has served on the Board of Directors for numerous law enforcement associations, including the Association of Oklahoma Narcotic Enforcers and the Kansas Narcotic Officer’s Association.  In addition, Mr. Rogers was also previously appointed as a Committee Member for the Legislative Affairs Committee and as a Committee Member for the Drug Enforcement Committee for the National Sheriff’s Association.  Mr. Rogers has received several awards and honors throughout his criminal justice career, and was recognized as the Northwest Oklahoma Narcotics Officer of the Year in 1996.  In addition to his career in law enforcement, Mr. Rogers also served as a Medical Specialist in the Kansas Army National Guard and the Oklahoma Army National Guard from 1992 to 1998.

In addition to his teaching responsibilities at Northwestern Oklahoma State University, Mr. Rogers also currently works as a part-time Emergency Medical Responder for the Harper County Emergency Medical Service in Harper County, Kansas (where he served as the interim Captain in charge of emergency medical operations from September of 2017 to February of 2018), and as a part-time Police Officer for the Harper Police Department in Harper, Kansas.  Since 2020, Mr. Rogers has also served as an Airman in the Kansas Air National Guard, where he works in Sustainment Services for the 184th Intelligence Wing, Force Support Squadron, stationed at McConnell Air Force Base in Wichita, Kansas. 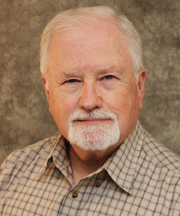 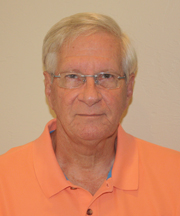 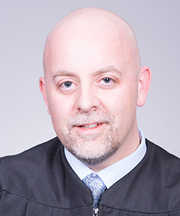 Judge Jason Seigars was appointed Special District Judge in Garfield County in January of 2017. Judge Seigars graduated with a B.S. in Business Administration from Oklahoma State University and received his Juris Doctor Degree, with Honor, from the University of Tulsa, College of Law in 2011. While attending law school, Judge Seigars was the Editor-in-Chief of the Energy Bar Journal, received the Sustainable Energy and Natural Resources Law Certificate, served an internship with the United States Attorney’s Office for the Northern District of Oklahoma, and served as a clerk for Tulsa County Special Judge Mary Fitzgerald.

Just prior to his appointment, Judge Seigars was the Managing Attorney for Garfield County, the Crimes Against Children Prosecutor, the Major Crimes Prosecutor, and was a 2016 recipient of the District Four District Attorney’s Guardian Award for Excellence in Prosecution.

Judge Seigars has been a course instructor for the Oklahoma Reserve Deputy CLEET Academy teaching Evidence and Juvenile Law.  In addition, Judge Seigars has been a presenter for Court Appointed Special Advocate (CASA) training in Garfield County for numerous sessions since 2006.  These presentations include “CASA and the Indian Child Welfare Act (ICWA)” and “CASA and the Courts (Prosecution).”  In addition, he has presented to several civic, educational, and law enforcement groups regarding juvenile and criminal law. 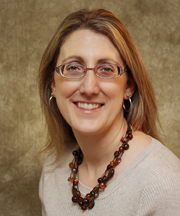