Northwestern Oklahoma State University's Homecoming event of the Miss Cinderella Pageant started in 1952. Since its inception, the contest has provided a means by which outstanding high school girls can compete in a worthwhile pageant for both honors and awards of scholarship. Through the efforts of many individuals and contestants, the pageant has grown in size and significance in northwest Oklahoma, and towns along the Kansas and Texas borders.

A contestant must be a true high school senior female, single, and at least 16 years of age by September 1, 2022. She must never have previously entered the Miss Cinderella Pageant. For a full list of requirements download the entry forms, rules and guidelines below. 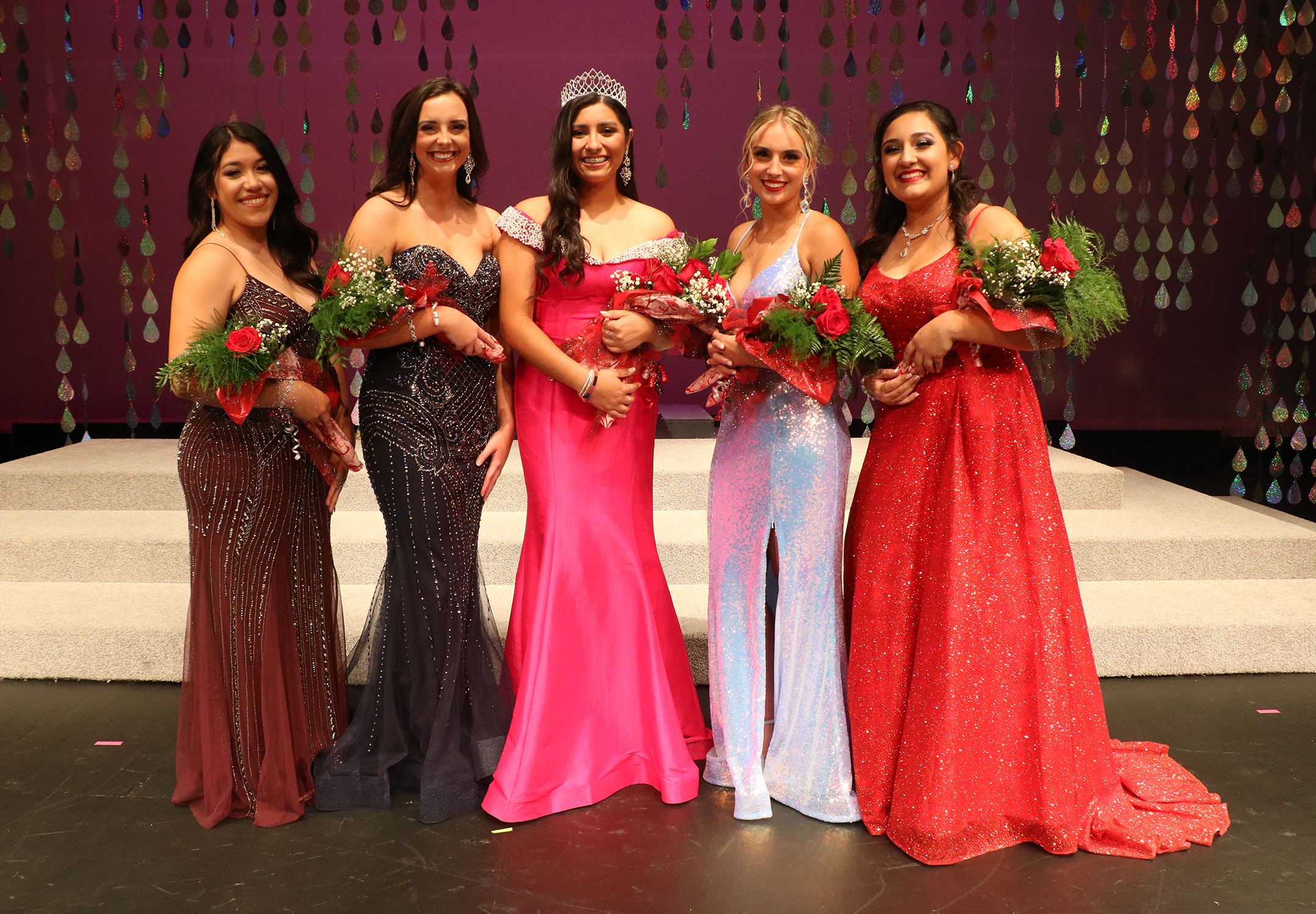 Miss Cinderella Through the Years

In October of 1951 five individuals set out for Arkansas City, Kansas to view the activities at the Ark-a-la-la celebration. Glen Hendricks, a local photographer, Brooks Bicknell of the Alva Review-Courier and general chairman of Homecoming, Rufus Gordon, secretary/manager of the Alva Chamber of Commerce, Art Magnuson, owner of Magnuson Grocery, and Bob Reneau, owner of a jewelry store and Homecoming Committee member made the eventful trip. These men watched the parade and noticed queens representing area towns riding in the parade. Wanting new ideas for Homecoming, they were all in agreement on the journey home that this 'queen business' was something they could incorporate into Homecoming.

Since Bob Reneau owned the jewelry store, he was selected to coordinate the queen show as he could secure gifts at cost. In early 1952, Mr. Reneau sent letters to all area high schools inviting them to participate in this new queen contest. However, the Homecoming Committee was initially quite disappointed as no schools responded to the invitation. Mr. Reneau began telephoning area schools asking them to participate. Eleven schools entered the first "Queen Contest," a new addition to Homecoming activities. Miss Alva won the first contest and some concern was expressed as to how other area schools would view the local girl winning this contest. "It was like asking them to our party and we took home the cake," confided Mr. Reneau. However, this concern quickly diminished as fourteen schools entered the pageant in 1953 and the rest became history. In the late 1950's the "Queen Contest" became the "Miss Cinderella Pageant." Through the tireless support of the pageant and Homecoming, the late Brooks Bicknell became known locally as "Mr. Homecoming."

Over the years, the contestants were given jewelry, pearls, wardrobes, and other such appropriate gifts. In 1963 Mrs. Ellison of Ellison's Shop asked Yvonne Carmichael if she would serve as supervisor of the models. Each contestant modeled the same outfit chosen especially for the pageant. That same year Boyce Pennington from the Speech Department served as Director. Barbara Benefiel followed him, with Yvonne Carmichael serving as Contestant Coordinator during this time. In 1972, Dr. Yvonne Carmichael took over as Director and served in that capacity for 21 years. Elda Jones succeeded her, serving to 1996.  Dr. Patti Wilber served as director through 2004.  From 2005 to 2007, Lisa Holder co-directed the pageant with Tamara Brown.  Brown continued with the pageant and co-directed with Jesse Schroeder until 2009.  Schroeder took over as director and served through 2010.  In 2011, Dana Roark became co-director with Chesnei Thomas.  After two years with Thomas, Roark now co-directs with Dr. Sheila Brintnall.

The pageant has continued since 1952 with the fine tradition established by those five individuals. Since its inception, the contest has provided a means by which outstanding high school girls can compete in a worthwhile pageant for both honors and awards of scholarship. Through the efforts of these individuals, the pageant has grown in size and significance in northwest Oklahoma, and towns along the Kansas and Texas borders.

The winner of the Miss Cinderella title receives eight semesters of tuition and a one-year room waiver at Northwestern's Alva campus. The first and second runners-up receive six and four semesters of tuition, respectively. The winners of the talent and congeniality titles each receive a one-year room waiver in addition to the one-year tuition scholarship which each contestant receives.