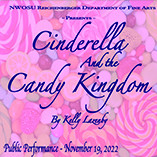 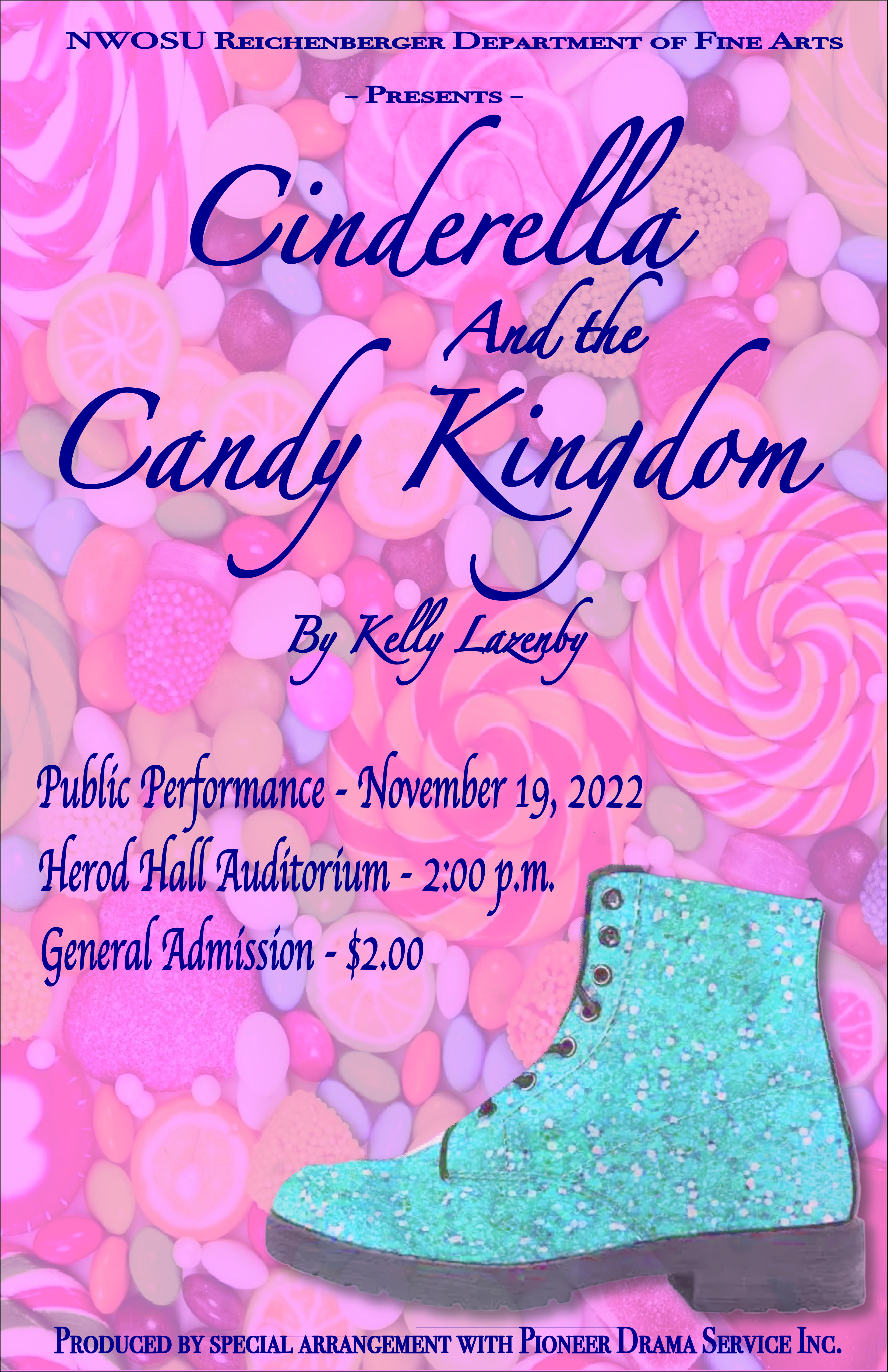 Northwestern Oklahoma State University students will be on the stage in Herod Hall Auditorium for the annual children’s theatre production of “Cinderella and the Candy Kingdom” for a public performance on Nov. 19 at 2 p.m.

Admission is $2, and tickets will be sold at the door.

Everyone in the Candy Kingdom has a sweet tooth, except for one poor, country girl: Cinderella. She is neglected by her father, a dentist who is too busy with house calls; overworked by her bitter stepmother; and teased and tormented by her two sticky stepsisters. Meanwhile, Queen Caramel, the queen of Candy Kingdom, is throwing a “Gum Ball” for her son, Prince Reese, to find him a bride. Alas, the prince is sour on the idea and is counting on his best friend, Hershey, to get him out of it! With the whole kingdom a-twizzle, Cinderella’s tooth fairy godmother shows up with her magical helpers, the Peeps, and arranges for Cinderella to attend the ball. If Cinderella can go to the ball, maybe she will find a charming prince who doesn’t like sweets! The queen thinks Marsha Mallow will be a great match for her son, but he is not interested.  After the ball, the queen’s guards, M and M, join the prince and Hershey in the search for the foot that fits the shoe.

Here is the sweetest (and most clever) retelling of the Cinderella tale you’ve ever heard! Filled with candy puns, colorful characters, and comedy, “Cinderella and the Candy Kingdom” is fun for all ages. 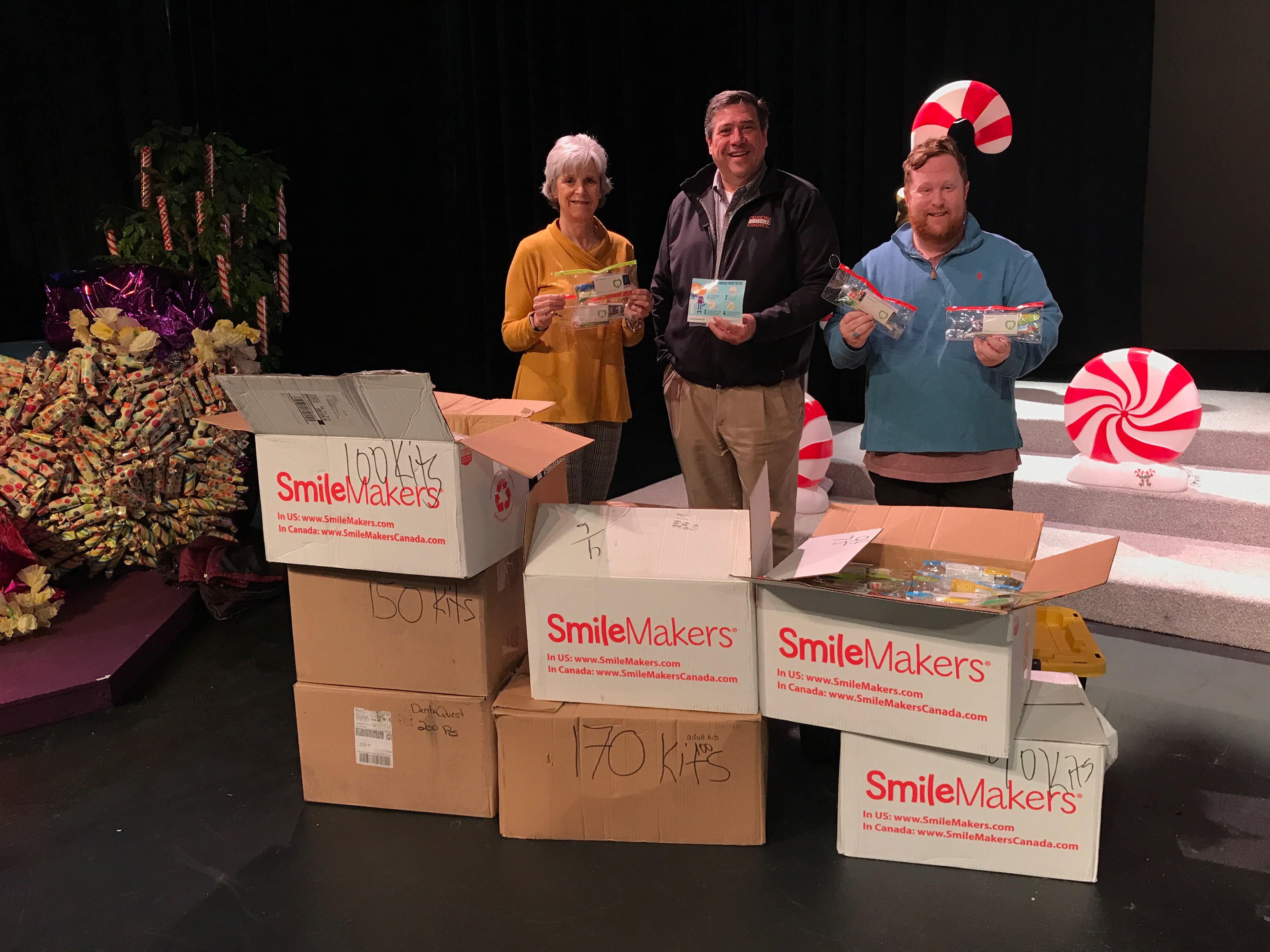 They are supplying these kits to be handed out to the children and others Nov. 17-19 at the end of the annual children’s production. This activity is organized as a part of the Kindness Day activities happening in northwest Oklahoma on Nov. 18.

ODF employees plan to attend the Friday productions and hand out the kits. 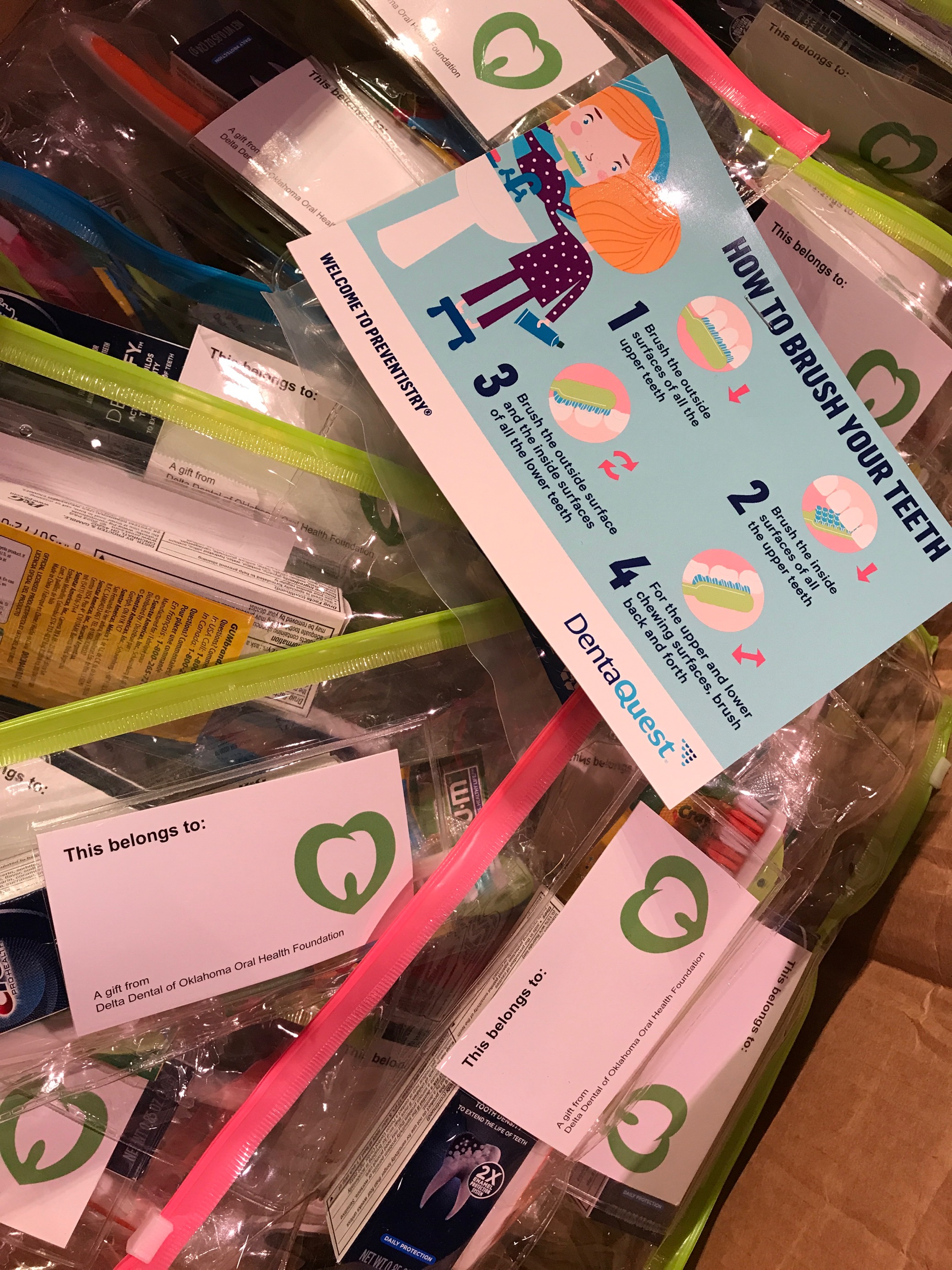 For more information on theatre performances and courses at Northwestern, contact Weast at (580) 327-8462 or kkweast@nwosu.edu or see more info at www.nwosu.edu/fine-arts.