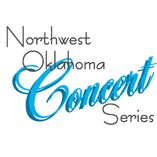 Northwest Oklahoma Concert Series (NWOCS), an organization that seeks to bring cultural performances and entertainment to northwest Oklahoma, will begin its 2017-18 season Tuesday, Sept. 19, and the advisory board is selling season tickets to its four scheduled acts. All four concerts will take place on Tuesdays with the respective dates, a set time and location of 7 p.m. in Northwestern Oklahoma State University’s Herod Hall Auditorium.

Artrageous is a one-of-a-kind interactive performance of art and music that incorporates many different art forms on the same stage. The audience will get to experience live art, music, dance, life-sized puppetry, and get to be part of the show. The “larger-than-life masterpiece” images created include well-known pop icons. For more information on Artrageous visit www.artrageousexperience.com.

Rekindle the flame in the hearth with stories, music, song, and dance from the infinitely rich treasury of Ireland's cultural heritage. Return to the days before the motor car, the television, and the telephone, and spend an evening with Tomáseen Foley – and some of the most gifted Celtic musicians, dancers and singers performing today.

Tomáseen Foley’s A Celtic Christmas recreates the joy and innocence of a night before Christmas in a farmhouse in the remote parish of Teampall, an Ghleanntain in the west of Ireland, when the neighbors gather around the fire to grace the long wintry night with the laughter of their stories, the joy of their music, and dances they always said they were much too old for.

Long, long before Riverdance, ordinary Irish men and women in hobnailed boots knocked sparks off the flagstone floors with jigs, reels and hornpipes, and the rafters rang with the fiery music of the fiddle, bodhran, tin whistle, and the mesmerizing uilleann pipes.

Founded in 1991, the orchestra, composed of some of Russia’s finest young string players, has carved a niche for itself under the creative baton of its founder and music director Misha Rachlevsky. Whether it is their highly-acclaimed CDs or mesmerizing concerts, the orchestra’s warmth and high energy create addictive performances that stay with listeners long after the last note has been played.

About half of almost 2,000 concerts the orchestra has performed to date have taken place in Moscow with the rest being played on tours in 24 countries in Europe, North and South America and the Far East. The orchestra’s discography of more than 30 albums has received widespread international acclaim, such as the Diapason d’Or award in France, Critics Choice in London’s Gramophone, Critics Choice in The New York Times and Record of the Year award in Hong Kong. Of about 1,000 compositions in the orchestra’s repertoire, more than 20 were written especially for the orchestra by composers from Russia, Europe and the USA.

The signature quality of the orchestra is depth and variety of its repertoire, from early baroque to compositions written on commission from Chamber Orchestra Kremlin. The orchestra prides itself in offering interesting and often unique programs not only for its home audience but on tour as well. For more information on the Russian Strings Orchestra visit www.kremlinontour.com.

Written from interviews with Miss Patti Page, Flipside features 28 of Page’s greatest hits, including “Tennessee Waltz,” “Old Cape Cod,” “(How Much Is) That Doggie in the Window?”, and “Mockingbird Hill.”

Season tickets, as well as individual performance tickets, may be purchased online at https://nwocs.ticketbud.com or from Holder Drug or Graceful Arts Center. Anyone interested in buying a contributor package or tickets can contact Kimberly Weast, chair of the Department of Fine Arts, by email at kkweast@nwosu.edu or (580) 327-8462.