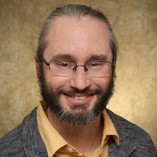 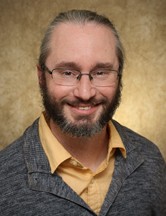 Northwestern Oklahoma State University’s own Matthew Cherry, director of the Academic Success Center, has received the high honor of being a finalist in the Saints and Sinners Literary Festival.

Saints and Sinners is a program within the Tennessee Williams Literary Festival, which is one of the largest literary festivals in the world based in New Orleans.

Cherry placed in two separate contests-one for Saints and Sinners and one for Tennessee Williams.

Cherry won the short fiction contest for Saints and Sinners by drawing on his military experiences. “Big House” is a fictionalized account of his time in the Marine Corps, both domestically and overseas, and focuses on the intense and often conflicting emotions Marines develop for fellow service members. It will be published in the annual Saints and Sinners anthology, and Cherry will read an excerpt from the story at the festival.

In the Tennessee Williams Literary Festival, he entered the very short fiction category with a flash-fiction piece of roughly 500 words titled “Chambered,” which also draws on his military experience.

Although Cherry said he is not a combat veteran, with “Chambered” he wanted to explore the ways combat impacts the life of a veteran over many years.

He earned second runner-up with this piece and will receive recognition on the festival’s webpage, program and newsletter.

Cherry and his wife Lindsey, an instructor of English at Northwestern, will attend both festivals in New Orleans at the end of March.