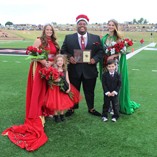 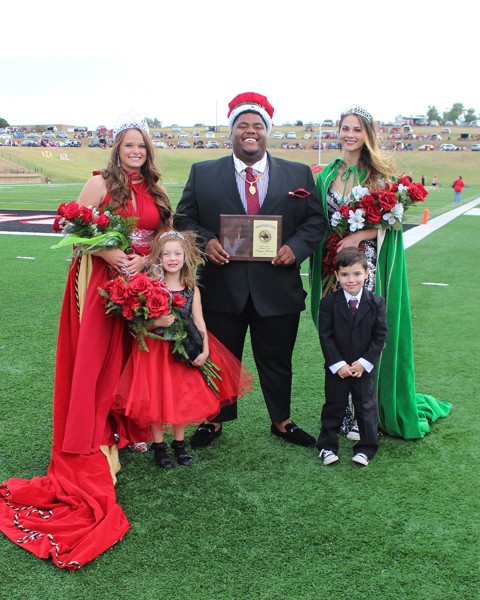 Hundreds gathered around the downtown square on Saturday, Sept. 30, for Northwestern Oklahoma State University’s annual Homecoming parade, then headed to Ranger Field to watch the massed bands perform, learn who the Ranger Royalty and homecoming button winners would be,  and to watch a close Ranger football game, all to celebrate Northwestern’s homecoming.

The theme was “Come Back, Give Back, Continue the Legacy…” People came from all over to be in Alva for this event.

Leading the parade on Saturday was parade marshal Dr. Peggy Wisdom, 1968 graduate of Northwestern. Wisdom has developed a distinguished career in medicine and teaching. She is a professor and vice chairman of neurology at the University Of Oklahoma Health Sciences Center.

Nearly 1,000 students from 22 bands from Oklahoma and Kansas participated in the parade and the massed band performance.

Northwestern played host to several other activities from pep rallies and reunions, to the annual collaboration of the current and past band members, and the current and alumni cheerleaders, as well as the crowning of the Ranger King and Queen.

Northwestern’s Ranger Royalty was announced during the halftime event. Ranger King is Demetri T. Wilson of Homestead, Florida. He is a junior double majoring in criminal justice and health and sports science. Wilson was sponsored by the Northwestern Football Team. He is a student assistant coach for the team. Wilson is the son of Clayrinski D. Wilson and Akiko Wilson.

Ranger Queen is Sadie Vore, a junior early childhood education major from Burlington. Vore was sponsored by the Baptist Collegiate Ministry, and she is the Student Government Association secretary. Vore is the daughter of Shane and Shannon Vore.

Kelsi Smith of Burlington was crowned Freshman Queen during the Ranger Royalty Finalist banquet. Smith is a nursing major. She is the daughter of Aaron and Kandi Smith.

First place for the on-campus Paint Palooza Board Competition was Math Club with the International Student Association taking second place.

The building winner was Carter Hall for the Division of Nursing.

“Thank you to everyone who sold and purchased Northwestern homecoming buttons and to those merchants who provided incentives to be used with these buttons,” Karen Koehn, Homecoming button chair, said. “This is a great community, and the support you invest in our university’s homecoming is heartwarming! Homecoming festivities are only successful when the entire community comes together to make it work! You continue to inspire me and restate my favorite saying, ‘Lucky me…I live in Alva, OK!’”

Homecoming is a community effort and the homecoming committee is grateful for everyone who made the week and official homecoming day a success.

“This year’s homecoming was amazing,” said Dr. David Pecha, homecoming chairman and vice president for administration. “There are so many hard working people to thank for putting in countless hours to make it the incredible event it was for not only Northwestern students, faculty and staff but the entire community as well.”

Homecoming 2018 is set for Oct. 6, 2018. Be watching for a contest to open during the spring semester to enter ideas for next year’s homecoming theme and parade marshal. Until then, a website has been established for people to enter the competition at www.nwosu.edu/homecoming. The homecoming committee will consider all entries and make an announcement of the new theme and parade marshal during the spring semester.