Northwestern Homecoming was an All-Around Success 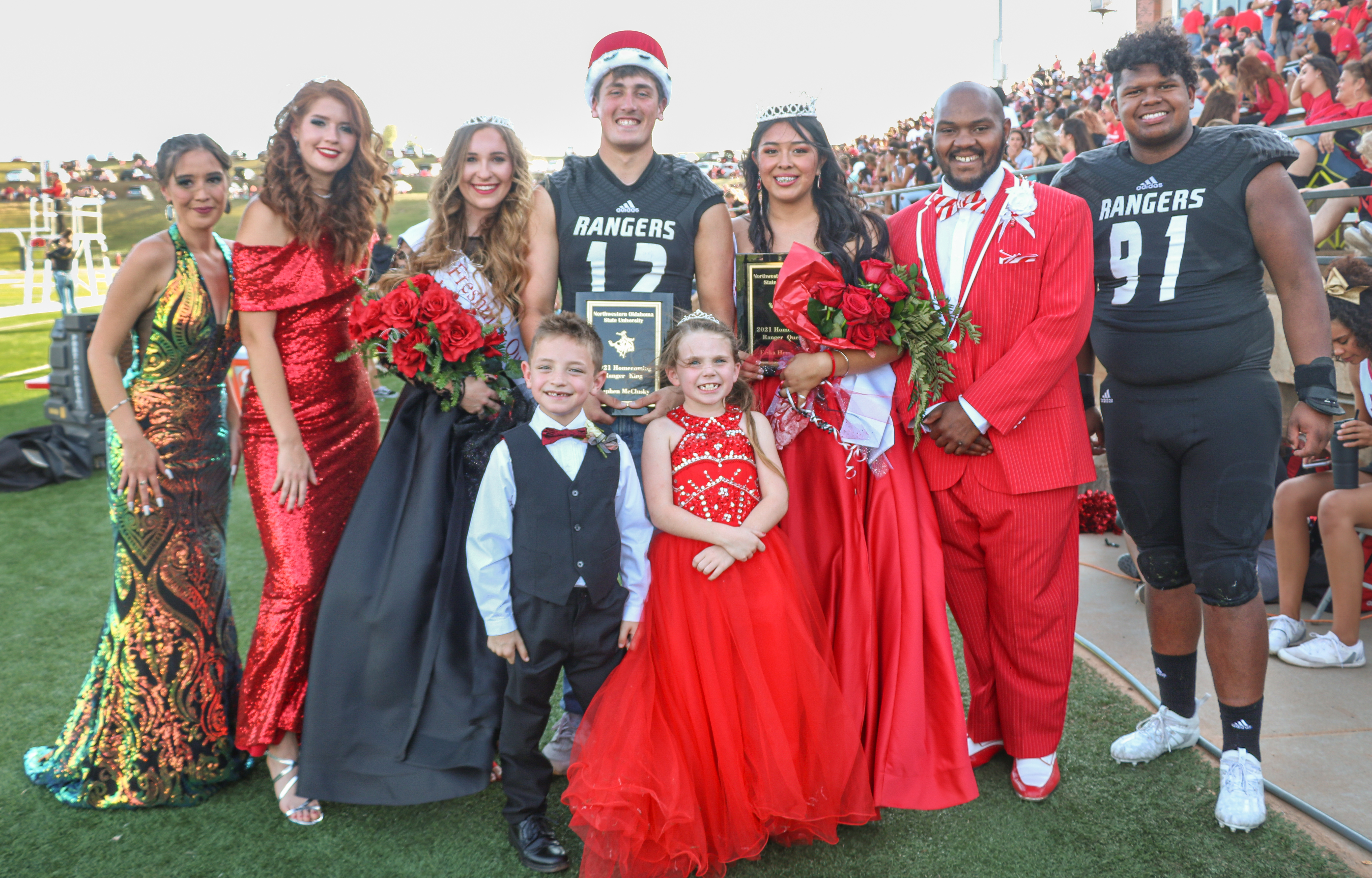 Hundreds gathered around the downtown square on Saturday, Oct. 9, for Northwestern Oklahoma State University’s annual Homecoming parade, then headed to Ranger Field to watch the massed bands perform, learn who the Ranger Royalty and homecoming button winners would be, and to watch a Ranger football game, all to celebrate Northwestern’s homecoming. The theme was “Game On: Ranger 2021 Edition.” People came from all over to be in Alva for this event.

First place for on-campus floats was the Student Government Association.

Eight bands participated in the parade. Bands that placed include the following:

Four bands in addition to the Northwestern band participated in the massed band performance bringing the size of the performance to about 300 students.

This year’s Ranger Royalty included Ranger King Stephen McCluskey, a graduate student studying in the adult education management and administration program from Motherwell, Scotland, United Kingdom, who was sponsored by the Ranger football team. He is the son of Eddie and Margret McCluskey.

Ranger Queen is Erika Hernandez, a senior elementary education major from Laverne, who was sponsored by the Spanish club. She is the daughter of Rebeca and Enrique Hernandez.

Sagelyn Budy of Waynoka was crowned Freshman Queen during the Ranger Royalty Finalist banquet. The undeclared major is the daughter of Chad and Danielle Budy.

Best in Show for the on-campus Spirit Sheets Competition was the NWOSU Art Society, with the SGA receiving the Creativity award and the Ranger Spirit award going to the Medical Sciences Club.

“On behalf of the Northwestern Homecoming Committee, thank you to everyone who sold and purchased Northwestern homecoming buttons and thank you merchants for sharing your generosity and enthusiasm with the incentives,” Karen Koehn, Homecoming button chair, said. “Thanks to everyone's generosity, we were able to move into a new era of decorating Alva by purchasing new banners with more to come. Our committee strives to build homecoming every year and with the button sales, we’re able to enhance our homecoming activities. You all continue to inspire me and restate my favorite saying, ‘Lucky me…I live in Alva, OK!’”

“It was wonderful to see friends and alumni of Northwestern in Alva for all the Homecoming festivities,” said Dr. David Pecha, homecoming chairman and vice president for administration. “Thanks to everyone who worked behind the scenes to make this year’s event successful. The committee has already started work for Homecoming 2022!”