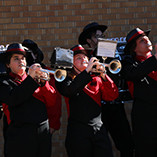 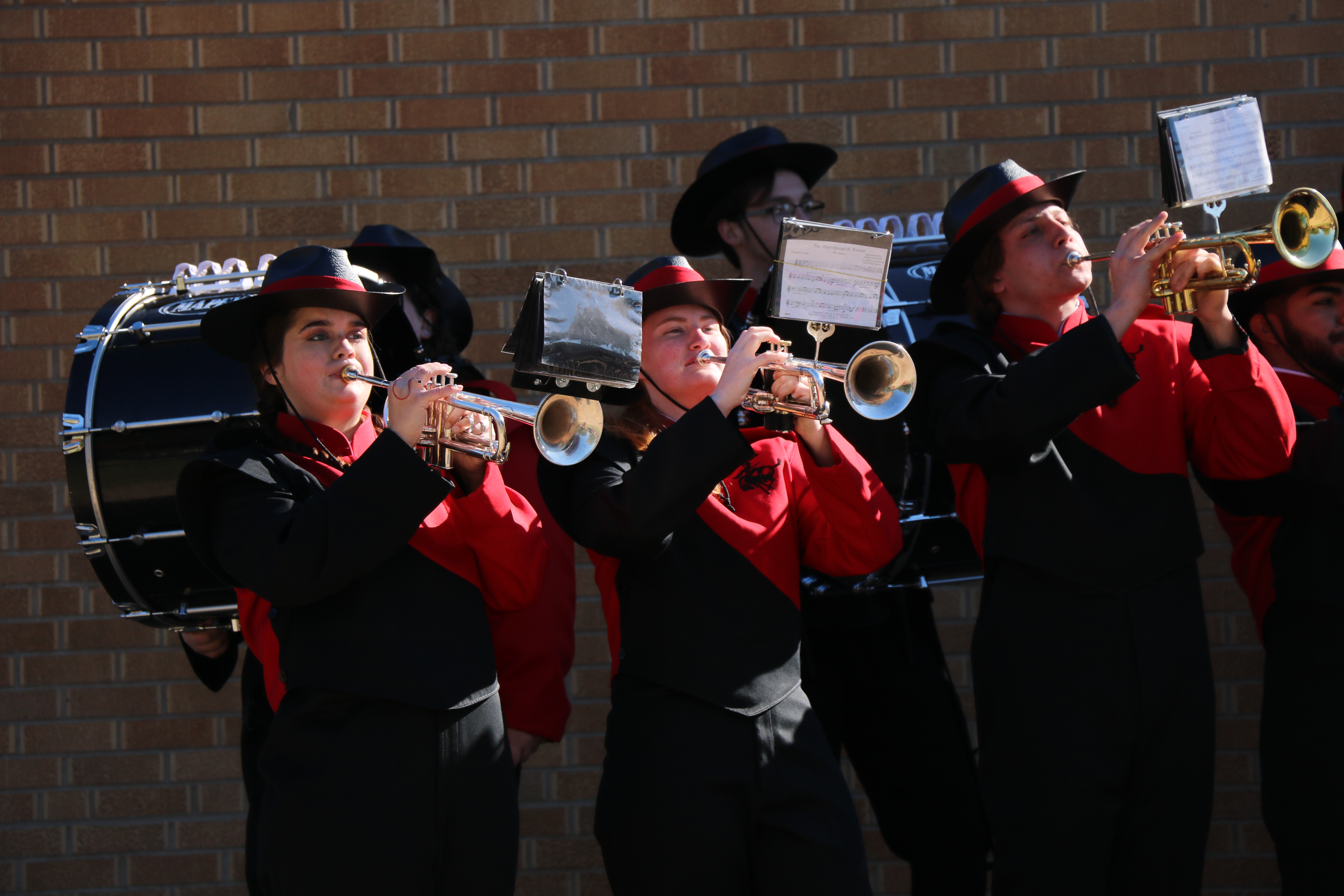 Northwestern’s Ranger band psychs up the crowd at the 2019 homecoming parade before the Ranger football game.

Events have been set for Northwestern Oklahoma State University’s annual homecoming celebration Oct. 7-9, and the organizing committee looks forward to seeing many familiar, and some new, faces in Alva.

“Tradition and memories play a critical role for alumni that return to Alva for all of the homecoming festivities,” Dr. David Pecha, general chairman, said. “This year’s theme will hopefully provide an opportunity for everyone involved to catch the Ranger spirit by wearing something red and black, and taking part in the many activities.”

Student and community groups are encouraged to create floats that incorporate this theme for Homecoming. 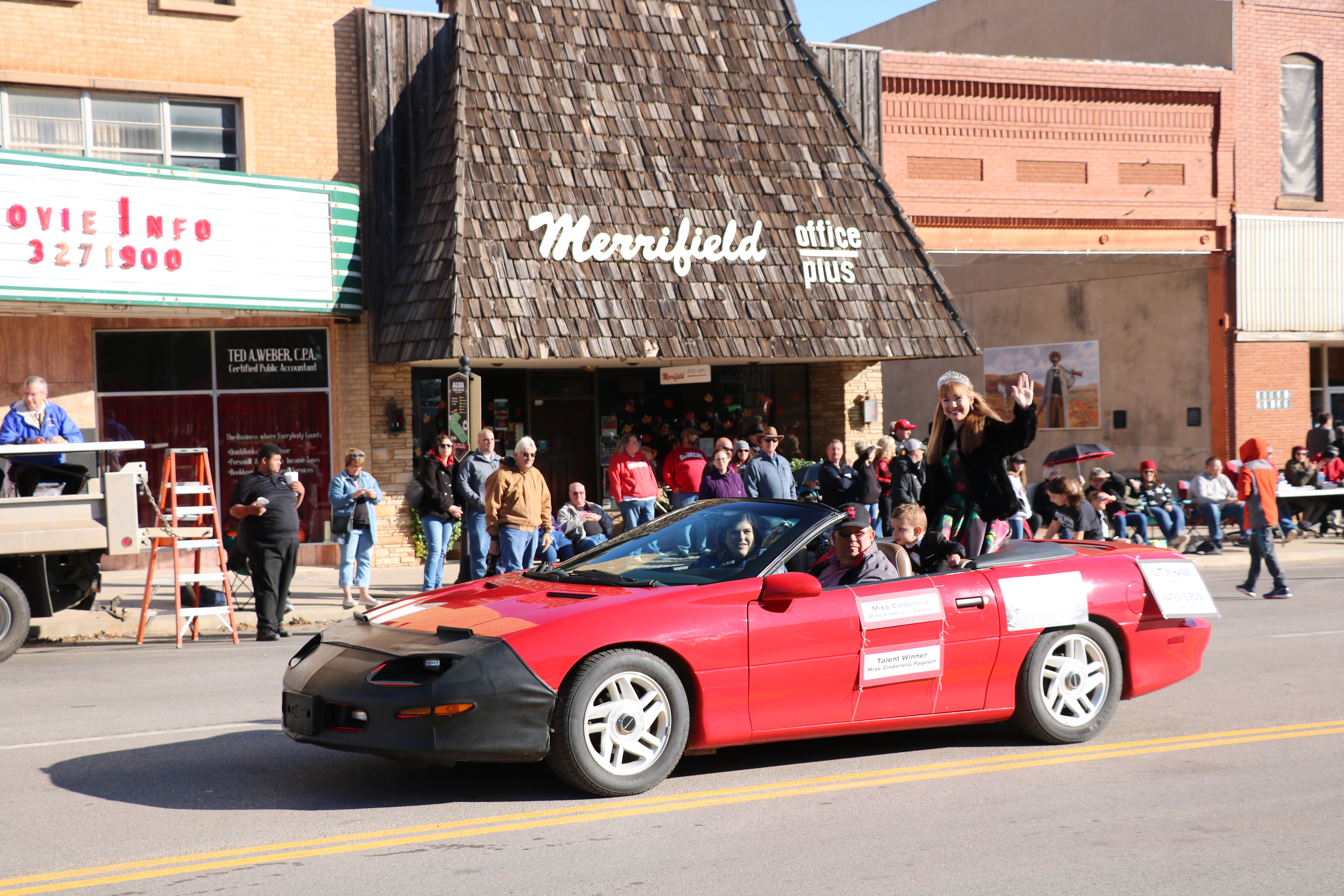 Leading the parade on Saturday, Oct. 9, at 10 a.m. in downtown Alva will be the parade marshal Linda Tutwiler, a former Northwestern student and staff member. Tutwiler was hired in 1986 as the President’s administrative assistant and held that same position for 22 years. She worked for the following Northwestern presidents: Dr. Joe Struckle, Dr. Tom McDaniel, Dr. Paul Beran and Dr. Janet Cunningham.

Homecoming button sales will be announced at a later date.

To keep up-to-date with Homecoming events visit www.nwosu.edu/homecoming. The web page will be updated as events are finalized.