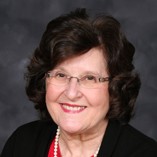 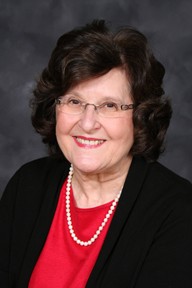 Wisdom is a 1968 graduate of Northwestern and has developed a distinguished career in medicine and teaching. She is a Professor and vice chairman of neurology at the University Of Oklahoma Health Sciences Center.

Her commitment to education led to the establishment of the Wisdom Family Foundation to support education in the arts, agriculture and health/medicine.

“It has been nearly 50 years since my graduation from Northwestern in 1968,” Wisdom said. “My time at Northwestern created the foundation of professional skills and knowledge to go on to have a successful career in medicine. It is an honor to serve as homecoming parade marshal to represent Northwestern, its students and alumni.”

Dr. David Pecha, Homecoming chairman and vice president for administration, noted how honored the university is to have Wisdom serve as this year’s marshal as she embodies the current homecoming theme – “Come Back, Give Back, Continue the Legacy.”

“Narrowing down the selection process for a parade marshal is never easy,” Pecha said. “We take in to consideration the theme of homecoming, too. The Wisdom Family Foundation is a generous donor to Northwestern’s programs for current students within the arts, agriculture and health/medicine fields, which is a great example of how the Wisdom family has continued another legacy through philanthropy. We look forward to having Dr. Wisdom back on campus to celebrate Northwestern’s homecoming.”

Northwestern’s homecoming currently plans to have 18 bands in the parade along with 10 floats from campus and community organizations among other groups who will contribute to the parade march.

For more information on the homecoming schedule visit www.nwosu.edu/homecoming.