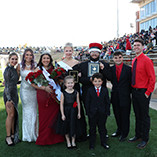 Northwestern 2022 Homecoming was an All-Around Success 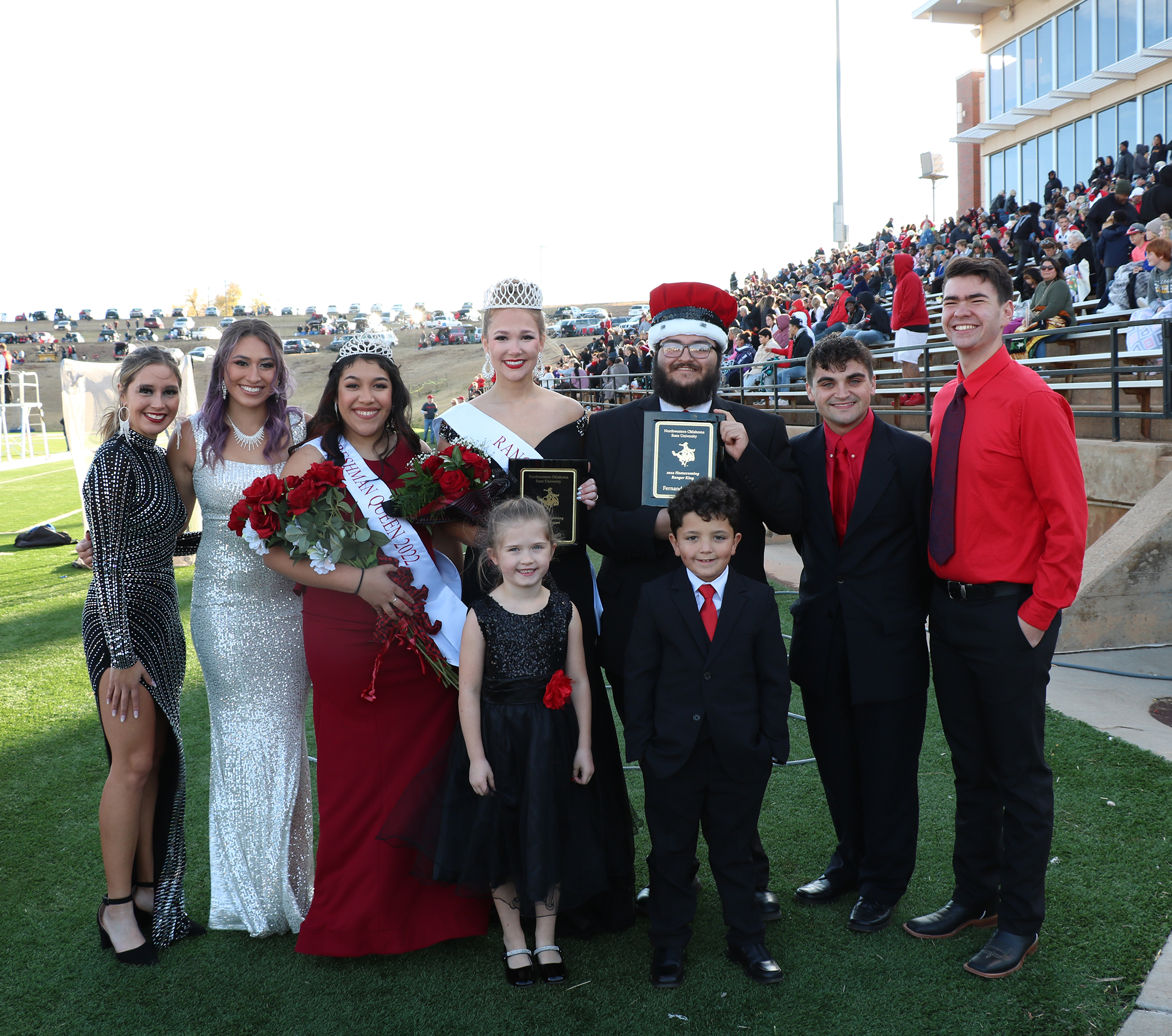 Hundreds gathered around the downtown square on Saturday, Nov. 5, for Northwestern Oklahoma State University’s annual Homecoming parade, then headed to Ranger Field to watch the massed bands perform, learn who the Ranger Royalty and homecoming button winners would be, and watch a Ranger football game, all to celebrate Northwestern’s homecoming. The theme was “Together We Ride.” People came from all over to be in Alva for this event.

Leading the parade on Saturday was parade marshal Dr. Mike Knedler, who retired from Northwestern in June 2015 after 32 years as a Ranger. Knedler also served as Dean of Humanities and Social Sciences, and before leaving Northwestern, he led the School of Arts and Sciences.

After the conclusion of the parade, the winners of the bands were announced.

Five bands participated in the parade. Bands that placed include the following:

Seven bands in addition to the Northwestern band participated in the massed band performance bringing the size of the performance to about 150 students.

This year’s Ranger Royalty included Ranger King Fernando Nunez, a junior psychology major from Laverne, who was sponsored by the Student Support Services. He is the son of Oscar and Jaqueline Nunez.

Ranger Queen is Carli Seabolt, a  junior business administration major from Perry, who was sponsored by the Ranger Business club. She is the daughter of Steve and Shellie Seabolt.

Maria Sosa of Laverne was crowned Freshman Queen during the Ranger Royalty Finalist banquet. The biology major is the daughter of Julian Sosa and Pilar Martinez.

The winner of the Northwestern homecoming button drawing for the $1,000 Alva Chamber Bucks was Erin Davis of Alva. The Northwestern university relations specialist also earned her bachelor's and master’s degrees from Northwestern.

Winner of the Northwestern Foundation and Alumni Association medallion hunt was Dr. Aaron Mason, professor of political science, and his wife, Dee Mason. The Masons won the medallion along with $100 in Alva Chamber Bucks.

The winner of the Northwestern Foundation and Alumni Association Ranger quilt raffle was Jana Brown, instructor of history.

Best in Show for the on-campus Spirit Sheets Competition was the NWOSU Art Society, and the Ranger Spirit award went to the Castle Players Theatre Club.

Best in Show for the on-campus Spirit Boards Competition was the Chemistry Club, and the Ranger Spirit award went to the Woodward Leadership Advisory Board.

The winning door/wall display went to the Dean of Faculty office, Student Support Services received second, and the Division of Business received third.

“On behalf of the Northwestern Homecoming Committee, thank you to everyone who sold and purchased Northwestern homecoming buttons, and thank you merchants for sharing your generosity and enthusiasm with the incentives,” Karen Koehn, Homecoming button chair, said. “Thanks to everyone's generosity, we were able to continue to move into a new era of decorating Alva by purchasing new banners. Our committee strives to build homecoming every year and with the button sales, we’re able to enhance our homecoming activities.

“As chairman, I can not do this alone! Forty phenomenal salespeople volunteer their time and dedication to help Northwestern Homecoming get better every year. The money from the sale of these buttons pays for everything that involves Northwestern’s Homecoming. You all continue to inspire me and restate my favorite saying, ‘Lucky me…I live in Alva, OK!’”

“Despite the cold start on Saturday morning, I would say Homecoming 2022 was very successful,” said Dr. David Pecha, homecoming chairman and university executive vice president. “This annual event allows friends and alumni of Northwestern to reunite. The committee has already started work for Homecoming 2023!”

Next year’s Homecoming will be celebrated Thursday through Saturday, Oct. 5-7, 2023.