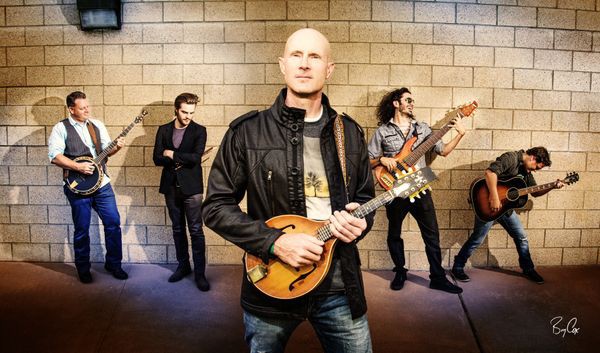 Ryan Shupe and the Rubberband prides itself in offering unique programs that integrate the arts. This group will be at Northwestern-Alva on Feb. 4 at 7 p.m. in Herod Hall Auditorium.

Ryan Shupe and the Rubberband will perform in Northwestern Oklahoma State University’s Herod Hall Auditorium at 7 p.m. on Feb. 4 as part of the Northwest Oklahoma Concert Series. The public is welcome to attend the concert with a ticket that may be purchased at the door for $20 for general admission or $5 for students.

Ryan Shupe and the Rubberband is a rock/bluegrass group that has performed around the country since 1996. In that time, the band has compiled nine musical albums, including a Top 40 hit in 2005, “Dream Big.”

In 2015, the group released its latest album, “We Rode On,” an album that captures the sentiment of the band’s history and style while also innovating new themes.

Information from the band’s website says this album marks a striking career transition and a meaningful evolution in Shupe’s songwriting, his life, and the band’s sound. It strongly and deftly combines the rock side of their musical arsenal with the acoustic instruments and virtuosic jamming the band has become known for in their live shows.

Of course, such a transition does not simply happen without plenty of effort and work added in. Shupe, in his own personal studio, spent time recording, arranging and tweaking the band’s latest creation to reflect the new-but-original sound the band was looking for.

“I wanted to create a new sound and an evolution for the band’s music,” Shupe said. “It’s the best album we’ve done and definitely the most rocking!”

Being a fifth generation fiddler, as well as an accomplished electric guitar, acoustic guitar and mandolin player, Shupe has been touring extensively across the US since he was 10 years old. He is no stranger to the national stage, and the band has appeared on Good Morning America, E! TV, Mountain Stage, Woodsongs, GAC and CMT.

They continue to tour regularly with stops at festivals, concert series, special events and prestigious venues. Bringing a national team together with radio, marketing, social media, and publicity, the band will continue touring nationally to promote the album, starting with the regions where they have a strong following.

Individual performance tickets may be purchased online at www.nwocs.ticketbud.com or from Holder Drug or Graceful Arts Center.

For more information on Ryan Shupe and the Rubberband visit www.ryanshupe.com. Additional information may be provided by the director of the Concert Series Kimberly Weast, professor of theatre arts and chair of the department of fine arts at Northwestern, at (580) 327- 8462 or kkweast@nwosu.edu.