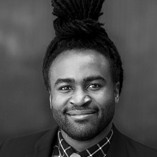 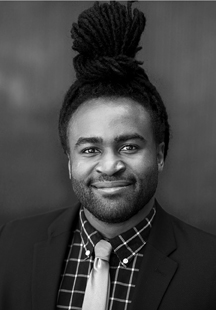 The Los Angeles music activist will speak twice while on campus. On Monday, he will provide a lecture at 2 p.m. in Ryerson Hall 200 on “Social Justice Topics in Music.” Then on Tuesday at 7 p.m. in Herod Hall Auditorium, the Northwestern Chorale will join Blake in a lecture/concert on “Social Justice and Music” titled “i will hold you.”

Named as one of the 30 most influential musicians of this past year in the United States, Blake will speak for the first half of the concert while the Northwestern Chorale will be singing a masterwork for the last 20 minutes called “To the Hands.” Karsten Longhurst, instructor of music and director of choral studies at Northwestern, said this work addresses the plight of the refugees around the world. The performers will be accompanied by a guest string quintet.

Both lectures and the concert are free and open to the public. Donations are appreciated.

Longhurst, who has been friends with Blake since their days together at USC-Thornton, said this event is part of their diversity initiative.

Longhurst said that Blake is the conductor of “Tonality,” a choral ensemble founded by Blake in 2016 while studying at USC-Thornton that focuses on spreading a message of unity, peace and social justice through a culturally diverse choral setting.

Blake also serves as the Choir Director at Los Angeles County High School for the Arts (LACHSA) and serves in Los Angeles and New York City as a Principal Assistant Conductor of the National Children’s Chorus.

Blake recently was commissioned by the New York City professional ensemble “Inspire” to write a work on environmental justice.

Other musical activities for Blake included an opera conducting premiere at the 2019 Prototype Festival in New York City and preparing choirs for live performances with the UCLA Center for the Art of Performance.

Blake’s recent film and TV credits include singing on the soundtrack of Jordan Peele's "US," Disney’s “Lion King,” and Pixar’s “Spies in Disguise.” He also worked as the choral contractor and vocal arranger for Andy Grammer’s performance at the 2019 ARDYs (Radio Disney Awards). Blake also performed as a singer on the 92nd Oscar Awards.

Blake recently prepared singers for the 2020 Grammy Awards and performed at the 2020 Oscars Awards.

For more information about this event or the vocal music program at Northwestern, contact Longhurst at (580) 327-8692 or krlonghurst@nwosu.edu.