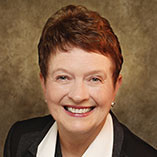 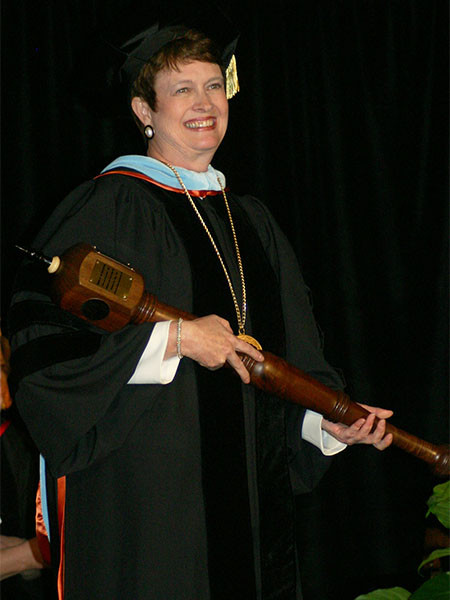 President Janet Cunningham receives the presidential mace during her investiture ceremony in April 2007.

Dr. Janet Cunningham, Northwestern Oklahoma State University’s 19th president and first woman to hold the position, has announced her plans to retire on June 30, 2022, after nearly 50 years of service in higher education.

“I have loved serving Northwestern in many capacities,” Cunningham said. “But, I am excited for the future of Northwestern with new leadership and the opportunity to spend more time with my family.”

The Regional University System of Oklahoma (RUSO) announced Cunningham as president in 2006. With 16 successful years as president, she becomes the second longest-serving president in institutional history.

President Cunningham began her service at Northwestern as a student worker in 1973, continuing to advance as she earned her bachelor’s, master’s and then doctoral degree. Cunningham held various positions as a staff member, then taught for 11 years in the business department at both Northwestern and the University of Oklahoma. Prior to being named president, she transitioned from the classroom into an administrative role, initially as vice president for business affairs, then vice president for administration and later as executive vice president.

“RUSO extends our sincere thanks to President Cunningham for her leadership of Northwestern over the past 16 years,” Regent Connie Reilly, chair of RUSO board, said. “Her vision and dedication have driven the last two decades of the university’s growth. Not only has President Cunningham led Northwestern with integrity, but she has been an asset to higher education at the state level as well.”

Through Cunningham’s leadership, Northwestern was approved for its first doctoral program, which is a highlight of her career, she said. Since the program accepted its first cohort of students in 2017, the Wisdom Family Foundation Doctoral Program for Rural Nursing Practice (DNP) has graduated 20 students committed to improving healthcare access in rural Oklahoma and beyond.

Cunningham has led many other significant initiatives as well, most recently the implementation of a new campus-wide information technology system that will serve the institution well into the future. During her presidency, the university has experienced an expansion of the number of nationally accredited academic programs and the successful effort to join the National Collegiate Athletic Association. Joining the NCAA prompted her to develop the Vision for Victory campaign that has provided new athletic facilities for student-athletes and Ranger fans.

During Cunningham’s tenure, private giving to Northwestern has soared, including the establishment of 55 endowed faculty chairs and numerous scholarships. More than $28 million was raised through the Imagine capital campaign. Cunningham has also placed a continuing emphasis on securing grants from both the public and private sectors.

“President Cunningham has had an indelible impact on Northwestern, Alva and all of northwestern Oklahoma,” Regent Jane McDermott, RUSO board member, said. “Her commitment to providing our community with access to high-quality, affordable higher education is commendable and evident in the accreditations, partnerships and endowed chairs she has facilitated during her tenure. She will be greatly missed.”

During the past 16 years, the university has also undertaken many improvements to its campus facilities. The university constructed a new campus building in Woodward in 2008, and major renovations have been made to several classroom buildings and residential halls in Alva. Other major construction projects include the Wisdom Agriculture Education Center, the Front Door entrance projects on the north side of campus, the replacement of windows in Ryerson Hall and the commissioning of “The Ranger” statues at the Alva and Enid campuses. 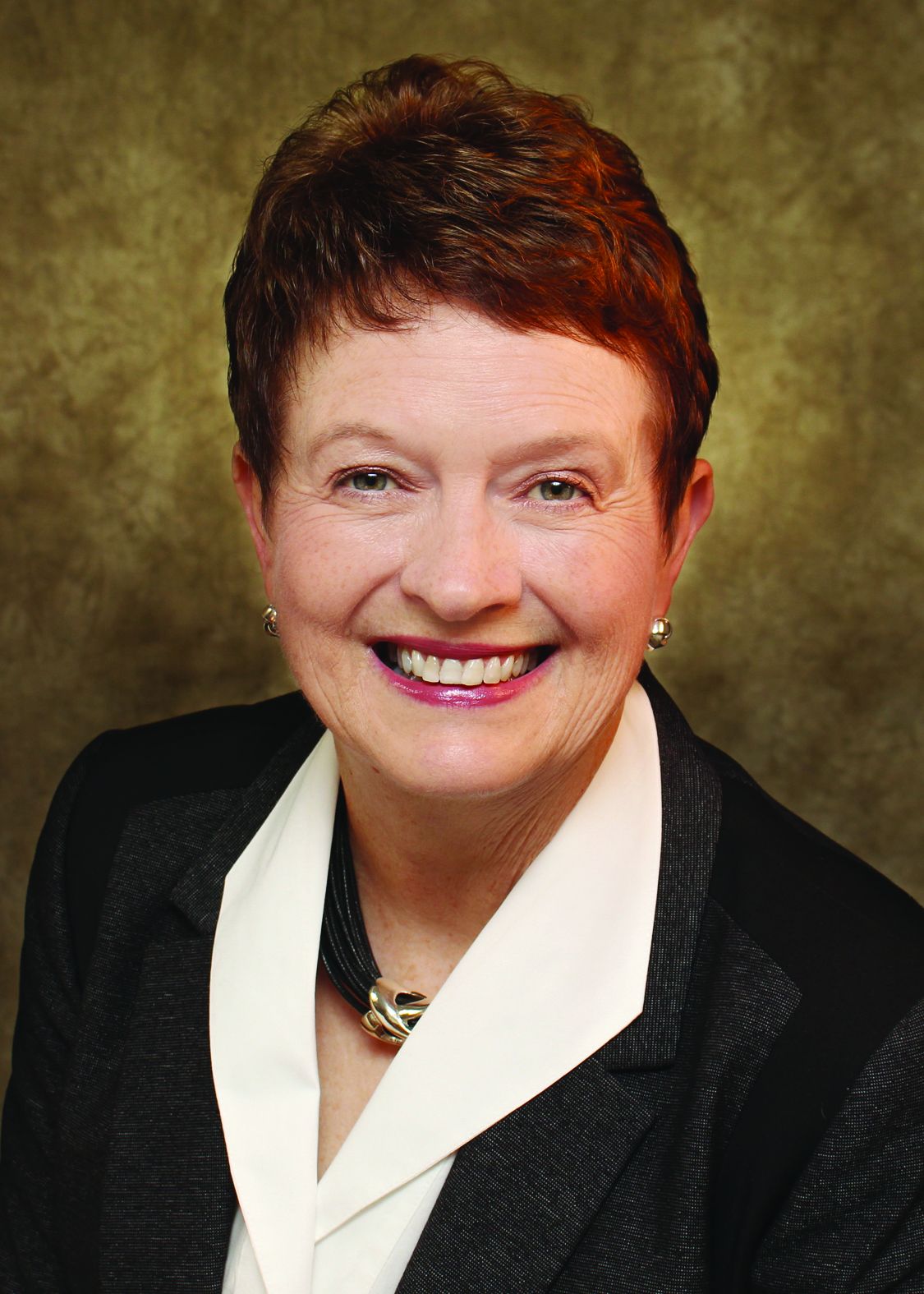 “I am honored to have been a part of higher education for so long,” Cunningham said. “Northwestern is a special place, and the people make it so.

“I will miss the student body greatly. One of my greatest pleasures is welcoming a new class of freshmen onto campus each year and watching them grow into the best they can be. The students at Northwestern are incredible and give back to the community in so many ways. I have sought opportunities to get to know students on a personal level. My greatest joy in my job is seeing students develop into leaders and community builders.”