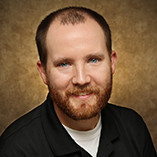 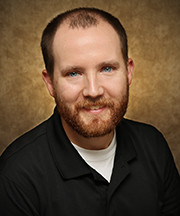 Kyle Fuller has been hired at Northwestern's chief of police

The new chief has taken on this position while also enrolled as a student in the psychology department. He’s currently a junior.

“I think psychology is appropriate for law enforcement just to get an idea about how people behave and the why behind it,” Fuller said.

Fuller earned his associate's degree in police science at Oklahoma State University-Oklahoma City. He plans to finish out his bachelor’s degree and then continue with his master’s in the same department.

Fuller isn’t new to law enforcement. He worked as a deputy for the Woods County Sheriff’s Office since 2018.

“We are very excited to see Kyle as the new chief of police,” said Calleb Mosburg, dean of student affairs and enrollment management at Northwestern. “He has some great experience, and he’s going to be a good addition to the Ranger staff.”

Fuller, who is husband to Brooke Fuller, an adjunct instructor at Northwestern, and father to four, served in the National Guard from 2015-2021.

“I’m acquainted with a good number of people who work here at Northwestern,” Fuller said. “I’ve always had that connection here since Brooke has worked here for so long, but I’m looking forward to seeing all the new faces in the fall as well.”

Currently, there are two job openings within the campus police department -- a part-time and full-time officer position. Interested individuals may apply online at www.nwosu.edu/employment.