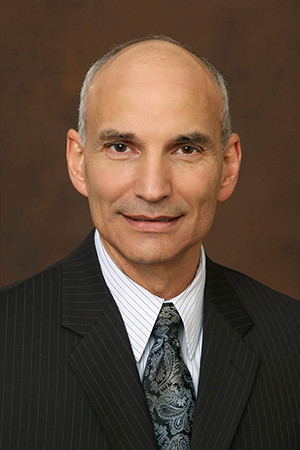 Dr. Steve Lohmann, Northwestern alumnus and retired member of the university’s administrative team, will deliver the commencement address Sunday, Dec. 6, in Percefull Fieldhouse during ceremonies at 1 and 3:30 p.m.

Northwestern Oklahoma State University officials are having to make changes to the Dec. 6 commencement ceremonies due to unforeseen circumstances. Dr. Steve Lohmann, executive vice president and chief academic officer emeritus, will now deliver the commencement address for both ceremonies. The 2020 spring and summer graduates will be honored at 1 p.m. with the 2020 fall graduates following at 3:30 p.m.

His career in education began in 1978 as an instructor of health and physical education and assistant football coach at Alva High School. He returned to his alma mater in 1985, becoming the defensive coordinator for the Rangers and an instructor.

He left coaching football in 1990 to focus on his teaching role but was asked to become head football coach in 1993. In just three seasons, Lohmann led the Rangers to a conference championship and the school’s first-ever No. 1 ranking. He was named the Oklahoma Intercollegiate Conference Coach of the Year and was a finalist for NAIA National Coach of the Year.

Lohmann again returned to the classroom in 1997 and eventually became director of Northwestern’s J.R. Holder Wellness Center in 2000. He joined the administrative ranks in 2001 as dean of student services and a year later was promoted to vice president for academic affairs. In 2006, Lohmann was named executive vice president. Lohmann retired from Northwestern in 2016.

During his tenure, he served as the chairman of the statewide Council of Instruction, which is comprised of chief academic officers of Oklahoma’s 25 public colleges and universities, and was a graduate of the Harvard University Institute for Management and Leadership. He also is a graduate of Leadership Oklahoma.

“Having been at Northwestern for over 30 years, I will always remember the outstanding homecoming, concerts and graduation ceremonies,” Lohmann said. “I can honestly say that I cannot recall one single day that I did not look forward to going to work. Northwestern has fantastic faculty, staff and students whom I had the opportunity to work with over my professional career.”

Since retirement, Lohmann enjoys farming with his son, Derek, and brother, Terry. He and his wife, Lisa, love cheering on the Oklahoma City Thunder, watching grandkids and traveling. When he’s home, Lohmann looks forward to morning jogs and golfing.