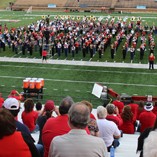 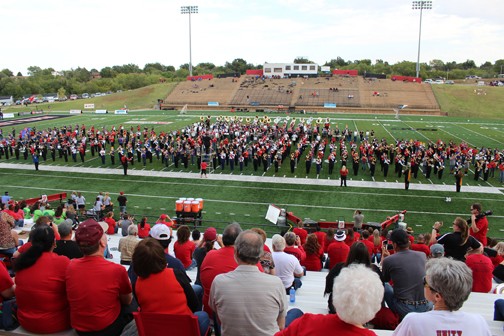 Nearly 1,000 students in bands from across Oklahoma and Kansas will join the Ranger Marching Band by participating in Northwestern Oklahoma State University’s homecoming festivities set for Saturday, Sept. 30.

Eighteen bands will march around Alva’s downtown square during Northwestern’s Homecoming parade at 10 a.m. on Saturday, and 21 bands are set to participate in the Massed Bands performance at 3:30 p.m. during pre-game of Saturday’s football game vs. Southeastern Oklahoma State University set to kickoff at 4 p.m.

Twenty-six alumni registered to provide music and entertainment as an Alumni Band during the first half of the homecoming football game. This year Joshua Faulkner will direct the Alumni Band. Rehearsal starts at 2 p.m. in the band room. Alumni can register to participate at https://my.nwfoundation.com/alumniband.

Those bands scheduled to march in the parade, their directors and classifications include:

There will be an awards ceremony for the bands immediately following the parade at the band shell in Alva’s Downtown Square. After the awards ceremony, the bands will travel to the football stadium to rehearse for the Massed Band performance.

Northwestern's Homecoming Parade competition and Massed Band performance are made possible by a generous donation from the Charles Morton Share Trust. In addition, the new convenience store in Alva, Shepherd Oil, has made a generous donation to help offset travel costs of the visiting bands. The Ranger Band and all the participating students wish to thank these donors for their support.