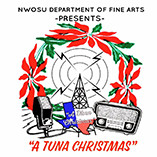 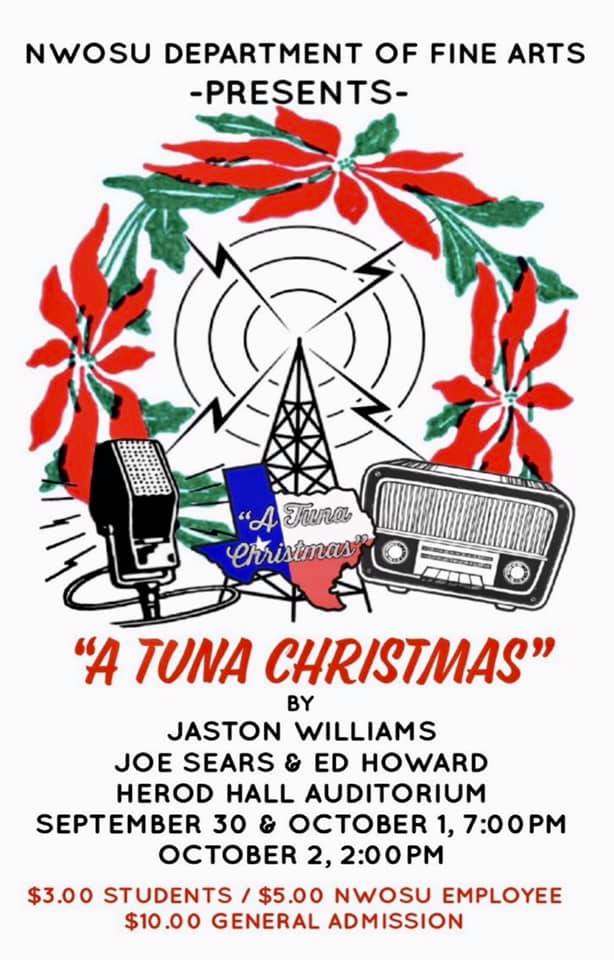 The Northwestern Oklahoma State University fine arts department will host its first theatre production of the fall semester, “A Tuna Christmas,” at 7 p.m. on Sept. 30 and Oct. 1 and at 2 p.m. on Oct. 2 in the Herod Hall auditorium.

"We are so excited to return to Tuna, Texas,” said Mickey Jordan, director of technical theatre and Herod Hall facilities manager. “Everything is bigger in Texas, and Christmas time is no exception. We are revamping the 12'x12' hand-painted map set from ‘Greater Tuna’ with a lot of holiday flair and plenty of new additions along the way. Patrons who missed ‘Greater Tuna’ will still enjoy laughing along with ‘A Tuna Christmas.’”

Admission at the door is $10 for the general public, $5 for Northwestern employees with IDs and $3 for students with current student IDs.

“People always ask me what sport I play, and I always say theatre and football because theatre is a team, too,” said Temberlenn Hall, sophomore speech and theatre major from Austin, Texas. “Our weight room is the workshop, and our game day is show day. Everything about theatre -- seeing the show come together and coming together as a team -- is the best experience.”

The tech crew includes the following:

“I am very excited to be a part of the upcoming production,” Ferrero said. “I love the opportunity I have here at Northwestern to have a role both on stage and backstage. I have been able to be a part of building our set and practice for my role in the play. I’m excited to see ‘A Tuna Christmas’ come together.”

For more information about “A Tuna Christmas” or the theatre program, contact Kimberly Weast, professor of theatre arts and chair of the department of fine arts, at (580) 327-8462 or kkweast@nwosu.edu or Jordan at (580) 327-8458 or mojordan@nwosu.edu.