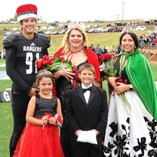 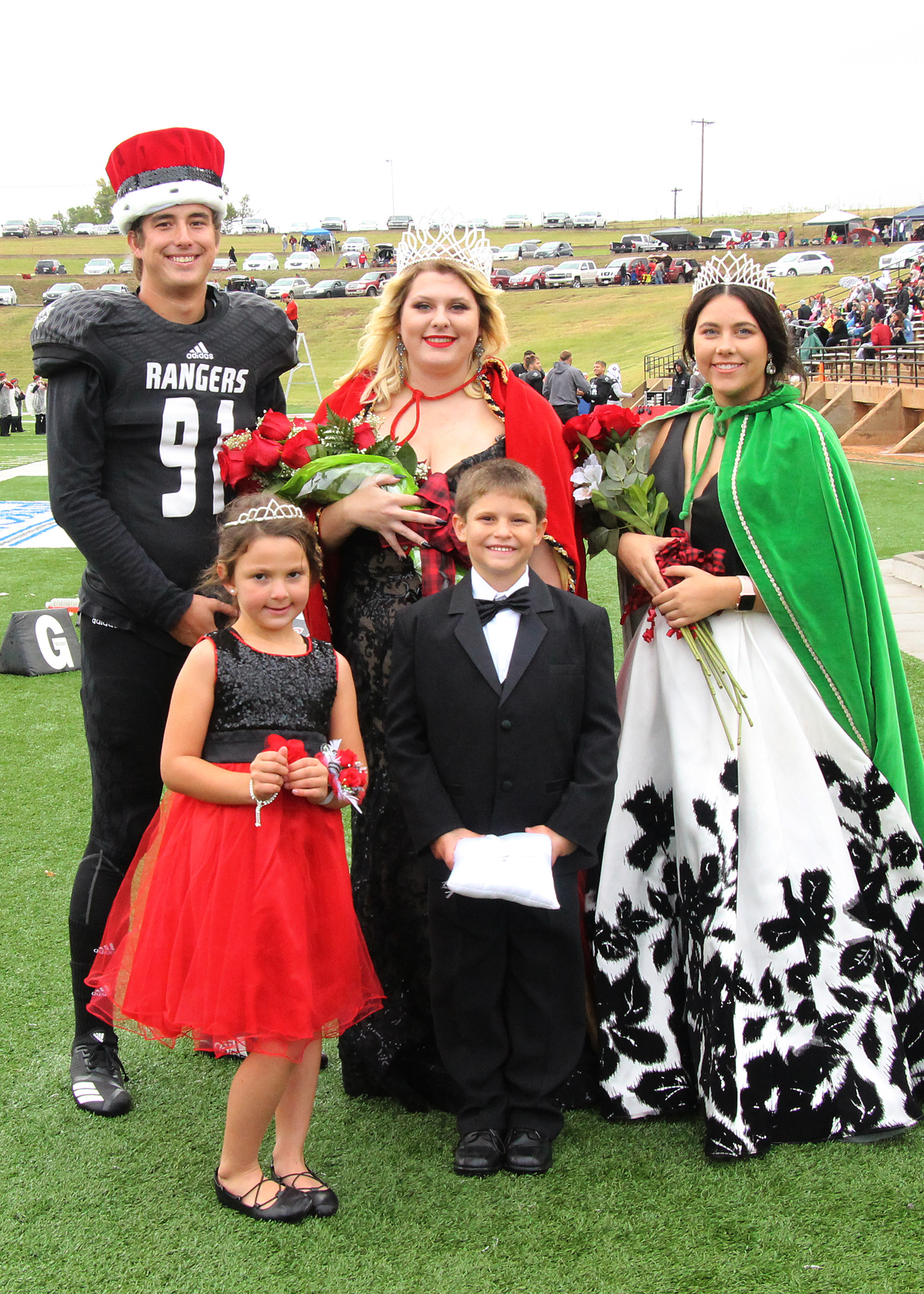 Despite the rainy weather, hundreds gathered around the downtown square on Saturday, Oct. 6, for Northwestern Oklahoma State University’s annual Homecoming parade, then headed to Ranger Field to watch the massed bands perform, learn who the Ranger Royalty and homecoming button winners would be, and to watch the Ranger football team defeat East Central University 17-7, all to celebrate Northwestern’s homecoming.

The theme was “Get Rowdy! Homecoming 2018”. People came from all over to be in Alva for this event.

Unfortunately, the rainy weather caused nine bands to pull out of the parade leaving 10 bands to participate. Bands who placed include the following:

The weather also caused a number of bands to cancel being a part of the massed band performance during pre-game of the Homecoming football game. Of the 14 bands registered, only five bands participated bringing the size of the performance down from about 1,000 students to about 250.

Northwestern played host to several other activities including the alumni band and cheerleaders and the crowning of the Ranger King and Queen.

This year’s Ranger Royalty included Ranger King Blake Humble, a senior health and sports science major from Midland, Texas, who was sponsored by the Northwestern football team. He is the son of Jason Humble and Jodie Sims.

Ranger Queen is Madison Hofen, a senior vocal music education major from Alva, who was sponsored by the Northwestern choir. She is the daughter of Brian and Lynn Hofen, and Marrisa Hofen.

Maya Stewart of Alva was crowned Freshman Queen during the Ranger Royalty Finalist banquet. The English education major is the daughter of Chris and Tisha Stewart.

Winner of the Northwestern homecoming button drawing for the $500 Alva Chamber Bucks was Brenda Shipley Brady of Alva.

First place for the on-campus Paint Palooza Board Competition was the NWOSU Art Society with the Castle Players Theatre Troupe taking second place.

The winning window display went to the Division of Nursing, and the door decoration winner was Jill Lancaster, head coach for cross country and women’s track and field.

Northwestern’s Homecoming Committee had a drawing incentive for button salespersons where two winners could take home $50 in Chamber Bucks. The winner of the drawing for button salespersons for on-campus sales was Shawna Gilbert, access services librarian and assistant professor of library science for Northwestern, and the winner for off-campus sales was Halah Simon.

“Thank you to everyone who sold and purchased Northwestern homecoming buttons and to those merchants who provided incentives to be used with these buttons,” Karen Koehn, Homecoming button chair, said. “When I see the flags being hung around the square and the excitement in the air around Homecoming, my heart and hopefully yours, jumps just a little bit. This is a great community, and the support you invest in our university’s homecoming is heartwarming. Homecoming festivities are only successful when the entire community comes together to make it work. You continue to inspire me and restate my favorite saying, ‘Lucky me…I live in Alva, OK!’”

“Despite the rainy weather this year, Homecoming 2018 is in the record book,” said Dr. David Pecha, homecoming chairman and vice president for administration. “Thanks to all of the friends and alumni of Northwestern that battled the elements over the weekend to take part in the many homecoming events. The committee has already started work for Homecoming 2019!”

Homecoming 2019 is set for Oct. 26, 2019. Be watching for a contest to open during the spring semester to enter ideas for next year’s homecoming theme and parade marshal. Until then, a website has been established for people to enter the competition at www.nwosu.edu/homecoming. The homecoming committee will consider all entries and make an announcement of the new theme and parade marshal during the spring semester.