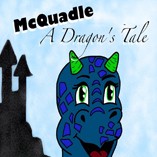 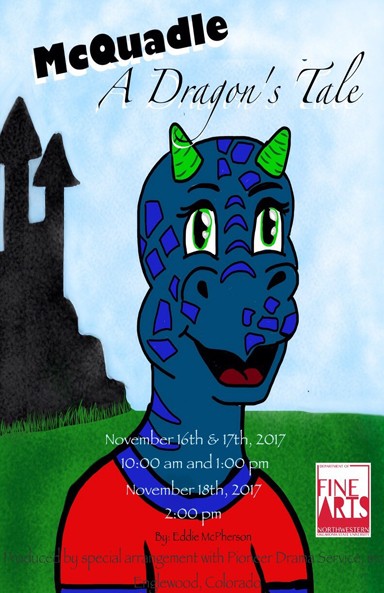 Nineteen Northwestern students will take to the Herod Hall Auditorium stage Nov. 16-18 for the annual children’s production, “McQuadle: A Dragon’s Tale,” a show will be open to the public on Saturday, Nov. 18, at 2 p.m. Admission is $1.25 for public show

Nearly 1,800 elementary students from surrounding schools will be attending four shows just for them Thursday and Friday, Nov. 16-17, with a show open to the public on Saturday, Nov. 18, at 2 p.m. Admission is $1.25.

According to Pioneer Drama, play publisher website, the production is about McQuadle, a dragon who wants to know his purpose in life, and he will go to almost any length to find it out — even if it means visiting an Evil Queen who lives in a castle on top of the hill. When he arrives, McQuadle learns that the Queen has lured him there for her own secret purposes, and she doesn’t intend on letting him get back home at all. But McQuadle promised his mother he’d be home for dinner! Three storytellers with crazy personalities of their own lead the audience through this fun adventure that includes audience participation, laugh-out-loud silly jokes and sight gags.

The Northwestern students serving as the cast and crew in this production are fulfilling class requirements for Weast’s Theatre Production I and II and Acting I courses.

For more information on theatre performances and courses at Northwestern, contact Weast at (580) 327-8462 or kkweast@nwosu.edu.