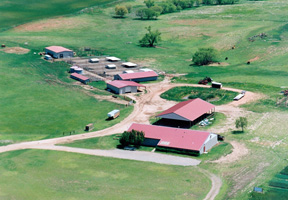 A quarter section of land approximately eight miles southwest of the city of Alva was aquired in 1984 for the development of university farm facilities. The tract was purchased for $105,000 from Dale and Esher Hood.

A farm headquarters building consisting of offices, classrooms, an animal show ring and a caretaker's apartment was completed in 1986. Half of this $200,000 project expense was provided by the Share Trust with the remainder coming from capital improvement funds. 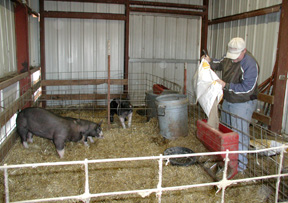 A 16-crate swine farrowing barn, pens for the swine program, a
pole-type hay barn, an enclosed metal barn, and a set of cattle-working facilities and other capital improvements were built in 1987-88. 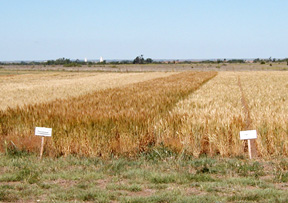 In June 1991, Northwestern increased the size of the farm by 80 acres. That land, adjoining the original quarter section on the east, was purchased from Kenneth and Nelda Kay Pfleider. Forty acres in cultivation were to provide more room for experimental crops. An addtional 40 acres of pasture-land were to be used for training agriculture students in range management and as pasture for University cattle.

On December 17, 2009, Northwestern broke ground at the farm for a new facility to serve its growing Agriculture Education program, which was initiated during the fall semester of that year. 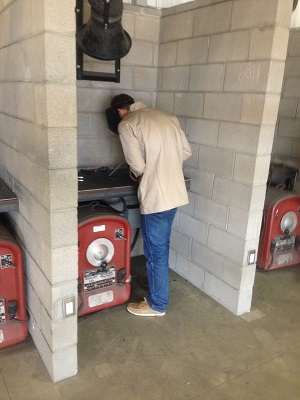 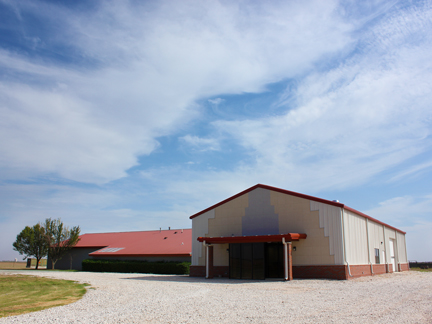 Funding for the facility came from a private-public partnership with private funding provided by a gift from the Wisdom Family Foundation and public funding made possible by special allocations from the Oklahoma State Regents for Higher Education.

Construction of the 4,000 ft2 Wisdom Agriculture Education Center building was completed during the fall of 2011. The structure features a classroom area equipped with SMART Board technology, offices, and a large welding shop furnished with metal-working equipment.

Northwestern formally dedicated the Wisdom Agriculture Education Center during ceremonies at the facility on October 14, 2011.

Additional funds from the private-public partnership were used to construct a 600 ft2 greenhouse during the fall of 2012. 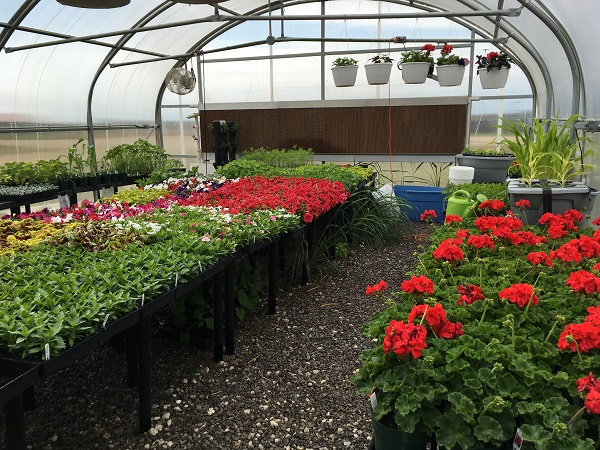